I have created a low-poly rendering of a GBR Post Box. The operator is ‘Royal Mail’. I would like to model Post Boxes in other countries. If someone could give me the location of a post box and an image I can use to create a model I would be very grateful. I would really like to have one post box for every ISO Country Code. 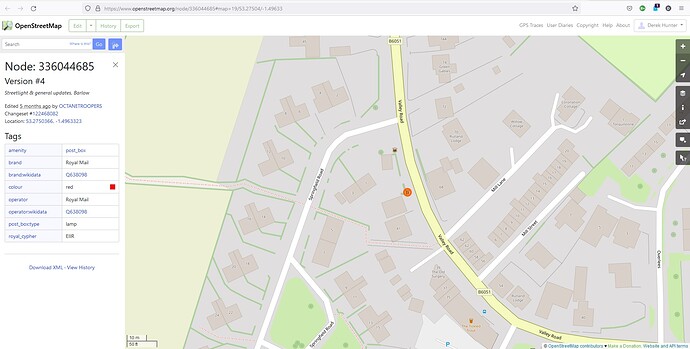 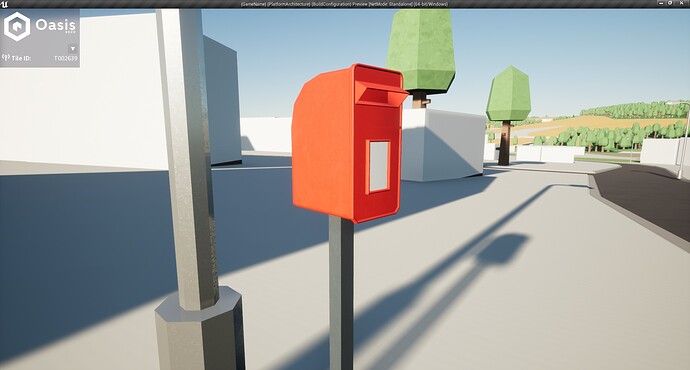 Fizzie41 supplied a link to Node 4339193974 and this is my model of a an OSM amenity:post_box with the operator:Australia Post tag: 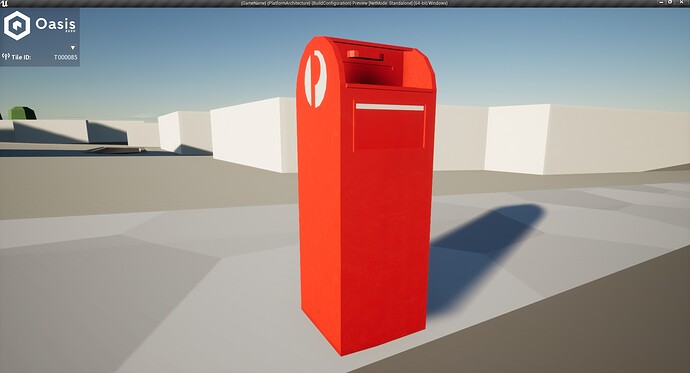 And with a bit more context: 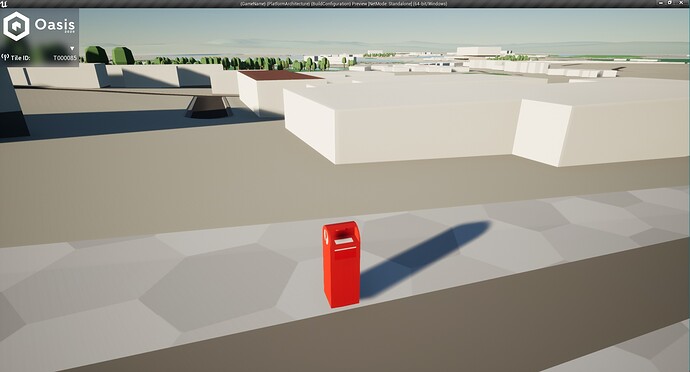 kubahahaha supplied a link to Node 5484627485 and this is my model of a an OSM amenity:post_box with the operator:Poczta Polska tag: 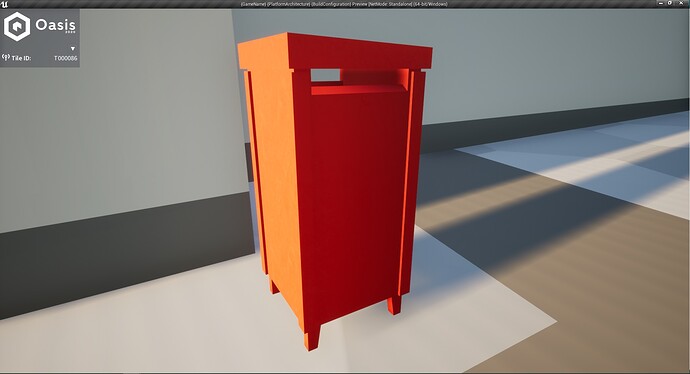 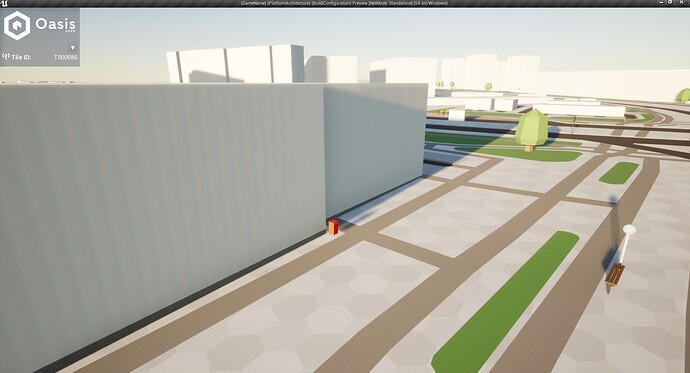 Hi Derek and welcome to the new forum!

Out of curiosity: what do you use to influence the orientation of the rendered box?

There should be a few examples on the wiki, e.g. under post_box:type. I certainly have other examples of Argentinian and French post boxes. Wikimedia Commons for many more.

I added some representative examples from the United States to the post_box:type page on the wiki. The USPS makes even more distinctions regarding the delivery class, but these distinctions are orthogonal to the collection boxes’ form factor. I also included some private parcel carriers; most use a shape very similar to FedEx and UPS.

By the way, the existing post_box:type classification scheme doesn’t make much sense to me in the context of USPS collection boxes. The vast majority are freestanding, thus falling under the wiki’s Royal Mail definition of a pillar, but the only “boxes” that actually meet the usual English definition of a pillar are indoor mail chutes. The only receptacles that touch the ground, as Royal Mail pillars do, are the large bins that are wider than they are tall.

Poland I found following from Wikimedia:

@Minh_Nguyen I think pillar is fine, at least for now, for the USPS, unless you can think of a simple term to cover free-standing boxes supported on legs rather than anchored in the ground. On the latter point the classic British pillar box has quite a substantial underground component:

Today is the day I
learnt that they’re not just attached to the floor! pic.twitter.com/8SegX19u6X

I think pillar is fine, at least for now, for the USPS, unless you can think of a simple term to cover free-standing boxes supported on legs rather than anchored in the ground.

If a standard collection box on legs can be tagged post_box:mounting=pier, then I don’t know what additional information post_box:type=pillar provides that isn’t misleading. It would be more valuable to distinguish the Large and Jumbo boxes that sit on the ground; it’s awkward to describe anything of that shape as a “pillar”. (In case anyone is curious, what’s currently called a Standard Collection Box was originally introduced as a “Package Box”.)

On the post_box:type talk page, there’s been some discussion about whether it’s OK to coin new non-British types to more accurately describe operator-specific variations. Canadian mappers are doing this already for their community cluster mailboxes, which also exist here in the States. If we go down this path, then terminology such as standard and large would be more intuitive in my opinion. Otherwise, maybe we should skip post_box:type altogether in favor of post_box:design and post_box:mounting. But I realize it’s a bit off-topic for this thread.

With regard to other types of post box, we also have sort of similar, but different,

Not a “Post box” as such, as the public can’t drop letters in there to be delivered, but what would you call them?

Those are relay boxes. amenity=relay_box has been used mainly in the Toronto area, but they’re common in other countries too. The USPS distinguishes between relay and storage boxes, but I don’t know of a tag for the latter. I’d be pretty bad at telling the difference between the two: the storage box is smaller and has a door on the front instead of on the side. 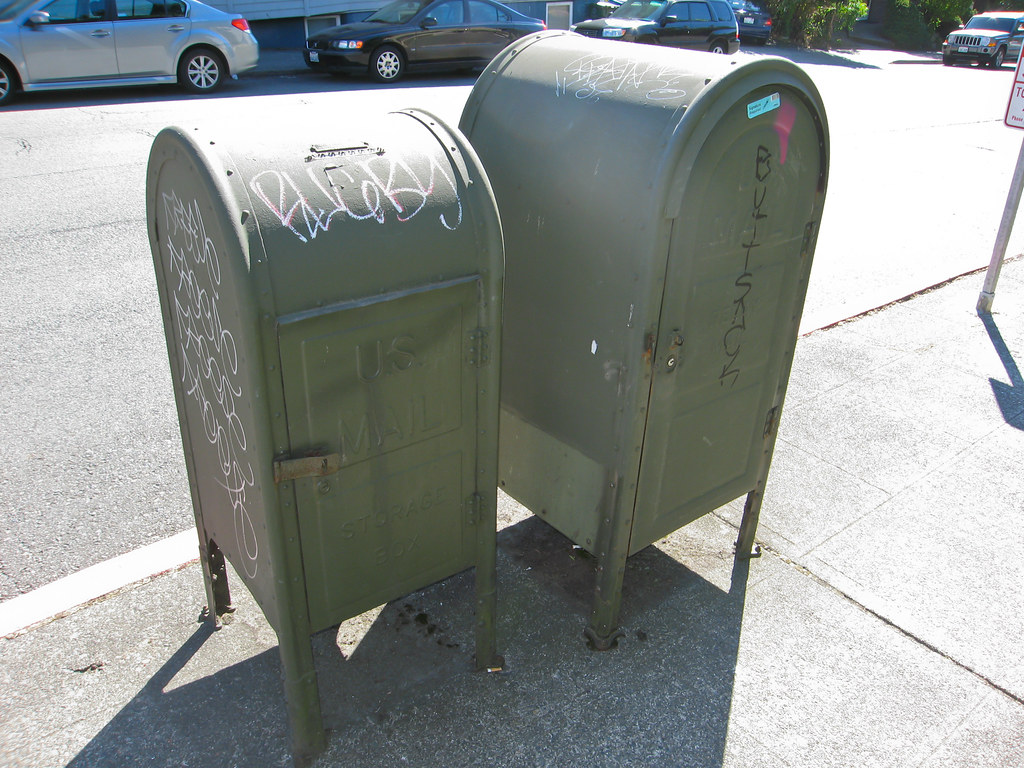 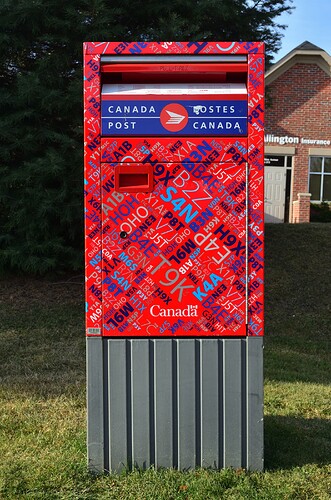 Thank you for your welcome - and sorry for the delay replying.

I use the direction tag

Hi Fizzie41! Thanks for the link. I’m sorry it took me so long to reply but I had technical issues with Australia that I won’t go into here.

This is the post box in place with my default model, i.e. The one I use when I cannot tell from the OSM tags what it should look like: 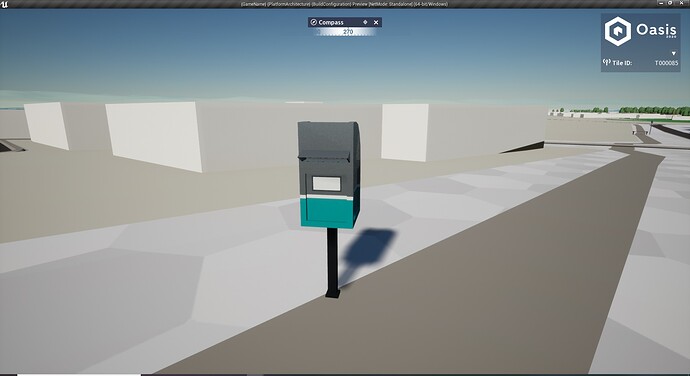 This is the same model with an added ‘direction’ tag: 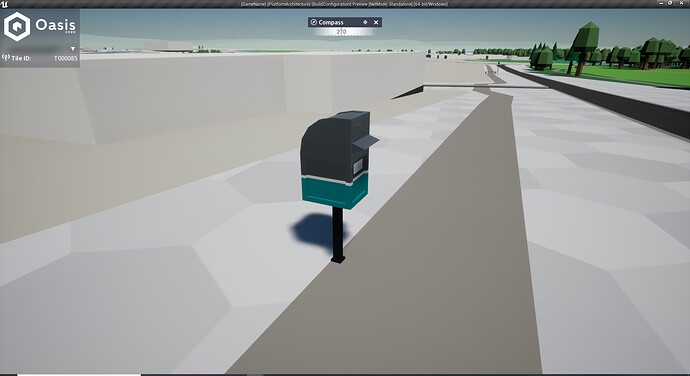 Here are some wider views of the post box looking East, North, West and South: 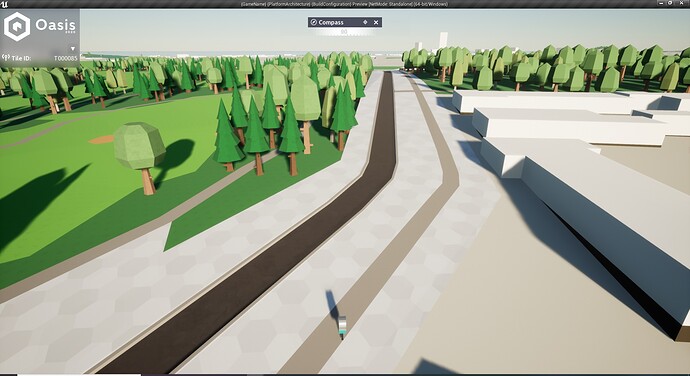 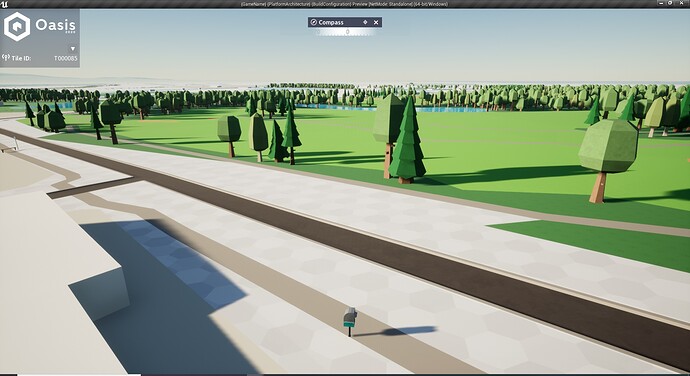 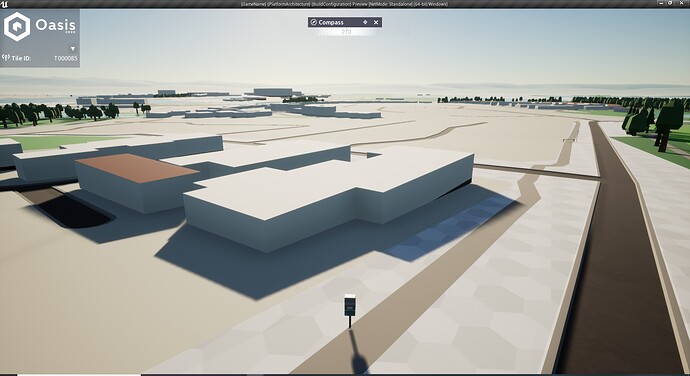 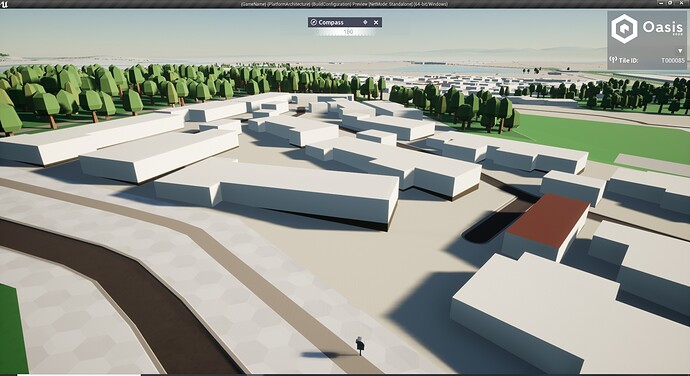 I am going to create a ‘red skinny’ model (because that’s what it is!) - but which OSM tags should I use to determine this? Would post_box:design be appropriate?

For now, I’m going to model the ‘red-skinny’ and use this as my default for all Australian post boxes.

Hi! Thank you for your examples.

I am sorry it took so long to reply.

I will create the terrain for the four locations and then model the post box.

I have looked at the post_box:type examples and they are very useful. Do you have to locations for these?

Is ‘delivery class’ a thing in OSM data? It would be very useful for me - but I am not sure if this is the sort of information that other people want in OSM.

Please do discuss post_box:design and post_box:mounting! I am very interested in both of these

Thank you for your example. I will create the terrain and then model the post box.

I’m sorry it took me so long to reply

my default model, i.e. The one I use when I cannot tell from the OSM tags what it should look like:

OK, but it should be red, not black & green! At least around my area, this version is much more common than the “red-skinny”, so it should probably be your default for Australia.

Do have to ask though - what are you doing with them?