Many rock features drawn as `natural=cliff` but not correctly

I went to Red Rock Nevada to climb recently, and the OSM has a huge number of areas on it tagged natural=cliff (Here is an example area.): 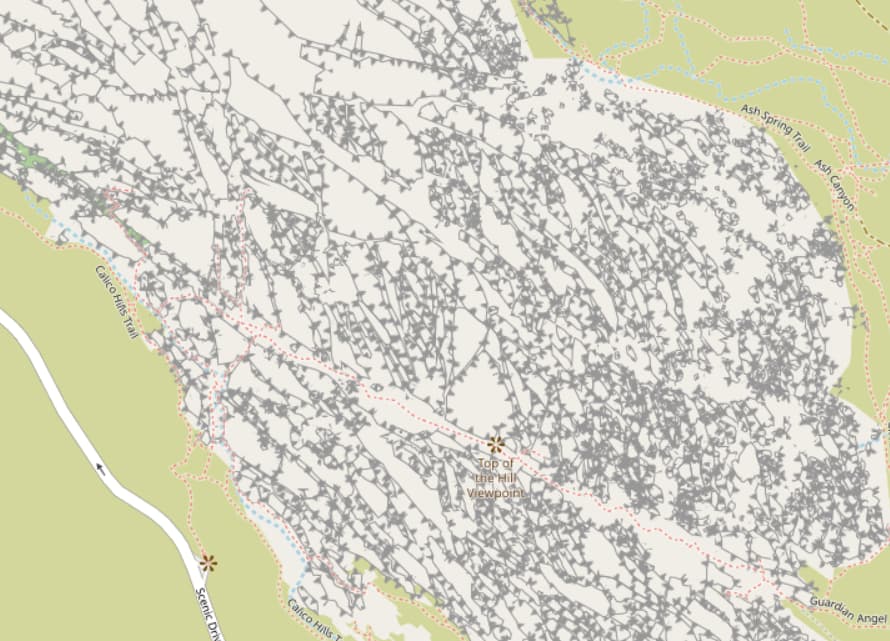 The rock formations are complex, so I’m not sure how they should be drawn, but I don’t think it’s currently correct, according to the tag wiki. For example, Tag:natural=cliff says:

In the ID editor, the arrows on the line should be pointing out to the bottom of the cliff or low land.

Some of these lines are definitely not correct according to this, as the dark region is the bottom of the cliff, and the reddish region is the top: 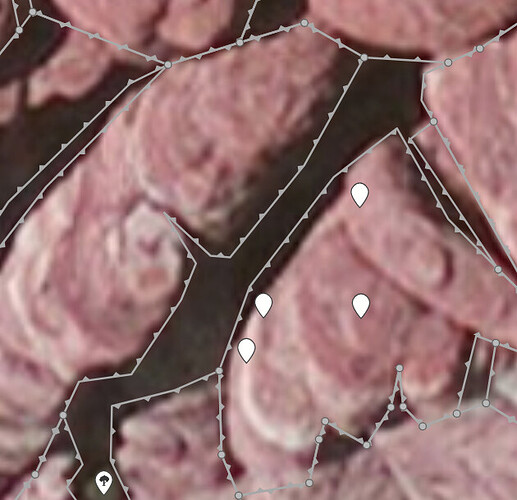 Some of these gray edges do represent steep drops, such as these: 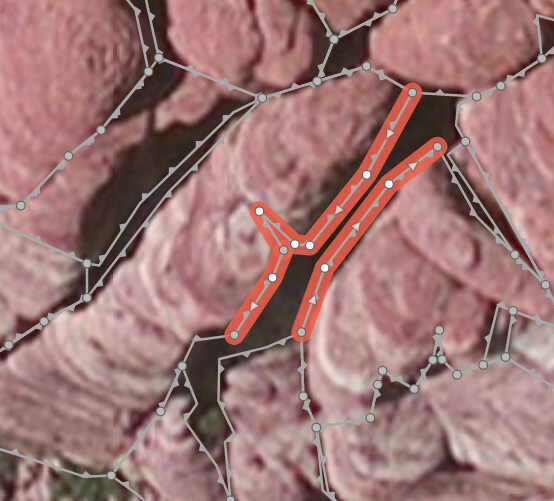 But these other gray lines are not a cliff, they just represent a shallow crack in the steeply sloping rock face: 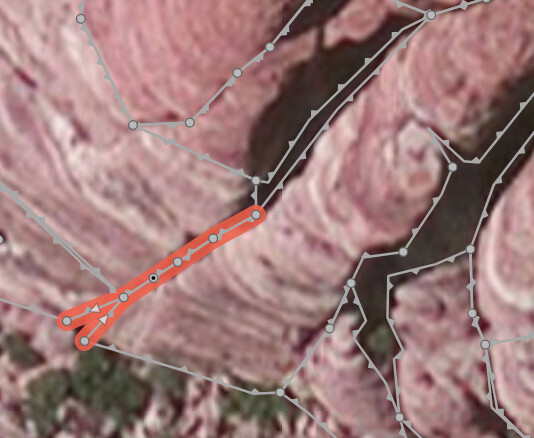 This is what this formation looks like from the side, with the above shallow crack shown in red: 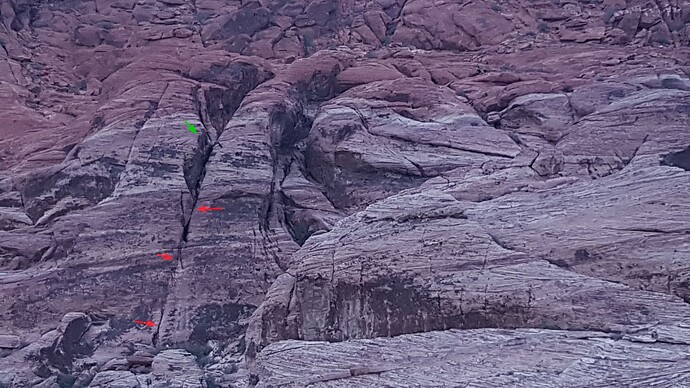 Red is the shallow crack in the face. In the highlighted green area it arguably becomes a cliff, or just a wide crack, depending on interpretation.

The face of this rock formation is steep enough to be called a cliff, I think (since we’re climbing them), but the tag wiki says:

If the cliff is not perfectly vertical the way should be located on the top edge.

But there is no clearly defined “top edge” for these formations; it smoothly transitions into walkable horizontal surface. There is a clearly defined bottom edge for some (highlighted as a blue line above), so I can understand why they drew that boundary instead, and that probably makes more sense, but it technically isn’t correct.

So someone drew boundaries around each cliff face and tagged it natural=cliff instead of just drawing the top edges? I feel like the shapes should be natural=bare_rock instead, but even then, the whole formation should be, not just individual features of it.

Someone else left a map note and I did, too:

So my questions are:

I’ve seen this style of cliff mapping in a variety of places in the southwestern United States. Here’s Canyonlands National Park:

While I have to admire the dedication of whoever is doing this, it seems like a significant overuse of the natural=cliff tag. I’m not sure what exactly should qualify to be mapped as natural=cliff and what should not, but tracing every single rock formation in a landscape like this is not producing a very useful result.

Whoa, it looks like USGS publishes LIDAR and 3D elevation models for this area, too, which should all be public domain?

All 3DEP products are available, free of charge and without use restrictions. 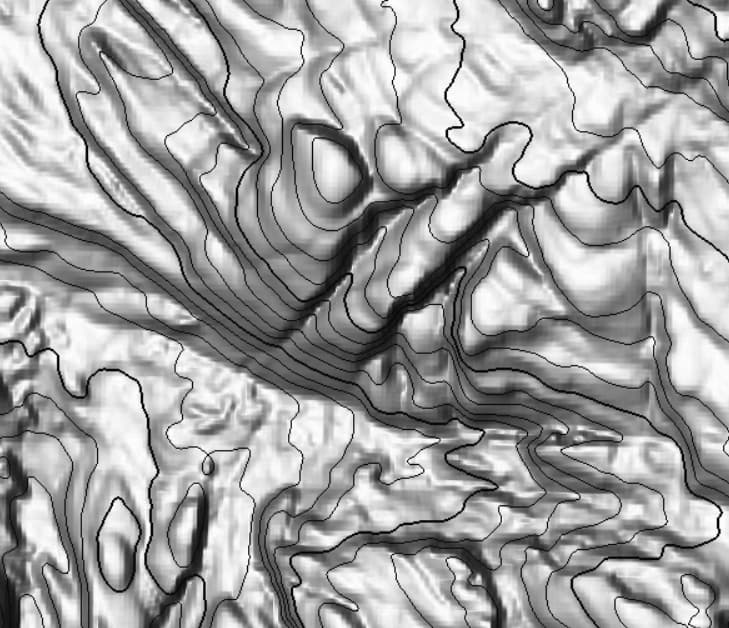 COPC and EPT via 3D Tiles 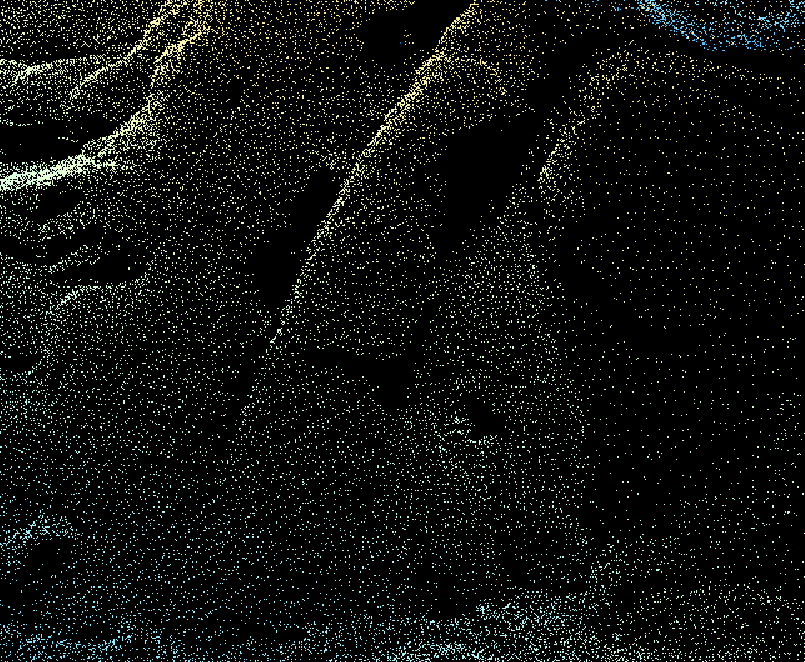 I imagine cliffs could be automatically extracted from this? And tracing it would be more accurate than tracing satellite images which are often skewed due to the viewing angle?

Well written post, especially with the pictures’ context. Being an east coaster I have little experience finding/mapping cliffs. I usually find them around the edges of quarries or earthen banks with severe erosion.

The cliffs here and in @ezekielf ’s example seem a bit extra. I suppose it is valuable to show where one cannot easily walk, but I’d say remove the ones that aren’t dangerous.

This is feeding into Mapbox and Alltrails, also. 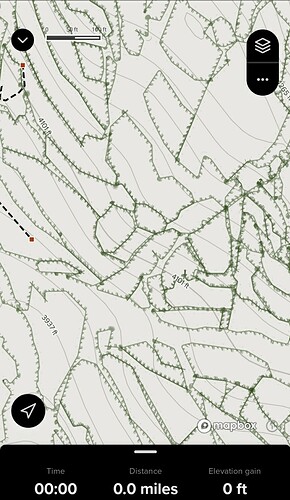 One could even wonder if the edge of a quarry may be tagged as natural=cliff.
Further a minimum height (say 10 meter?) could be a discriminator as well?

It seems very wrong to me also. I’ve never been to that place in Nevada, but some of those do seem very wrong. I’ve been to Canyonlands & Arches NP & there are some places which are literally a maze of cliffs and slots. If one were to map each one which was dangerous you would have something like what is shown above. I’m not sure what the solution is but perhaps there is an area tag that would be better?

The same labyrinth of cliffs can be found in Germany in Saxon Switzerland.

If one were to map each one which was dangerous you would have something like what is shown above.

I don’t think there’s anything wrong with mapping every cliff, but the lines drawn in Red Rock are not all cliffs.

10 meters as a threshold is far too much, I’d rather see a limit around 1.5-2 meters and not a cliff when less