The OpenStreetMap Americana project currently displays route shields based on route relations in a number of countries, but in Indonesia they’re currently only plain numbers. We’d like to make them look like the hexagonal signs on the road, but to do this, we’d need to know which network values the local community prefers. 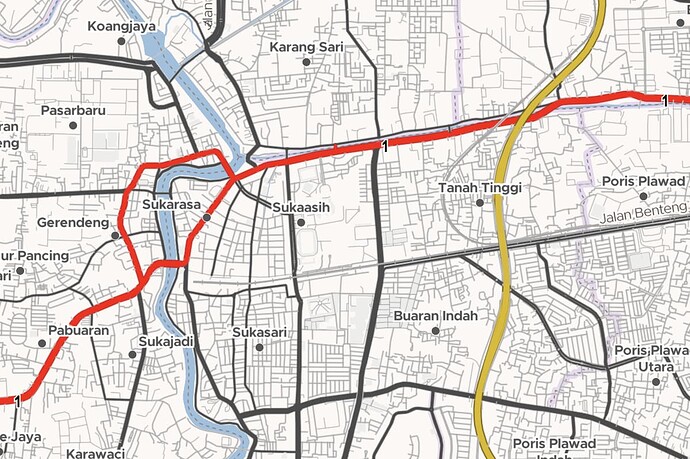 Eventually it would be great if we could show the correct route shield icons on provincial, regency, and city routes as well, but first they would need to be mapped as route relations. For a variety of reasons, we wouldn’t be able to tailor the appearance of route numbers to each country based on ref tags on ways alone. But if there’s agreement on the network values and someone maps a few of these routes to start with, then we can easily add rendering support.

Thanks in advance for your help! Makasih!

Here’s what I know about the road network in Indonesia

Thanks, that makes sense.

Oh, certainly, we aren’t forcing a U.S. tagging scheme on anyone. But there are two multinational tagging schemes for network and it appeared that Indonesia was following one of them, mostly, so I was hoping to understand whether the inconsistency was intentional.

OSM Americana is seeking to label roads and routes more or less how they appear on the ground. In many cases, people don’t actually use the shields or route numbers as much as road names; this isn’t just an Indonesian phenomenon. Are the hexagonal shields posted reasonably prominently along national and toll roads or on most published maps that ordinary people use, even if people ignore the shields in practice? If they only exist on paper in a government filing cabinet, or if they’re only posted out of the way where travelers wouldn’t be able to use them, then maybe you could consider replacing the route relations’ ref tags with unsigned_ref to avoid confusion. Americana automatically hides such route numbers, regardless of the network.

As you can see from the screenshot above, Americana already renders toll roads in a different color (golden yellow) than ordinary trunk roads and motorways (shades of red), based on toll=yes on the ways. We also label road names when there’s enough space; it’s just that the route number is taking up space that could go to the road name instead. But unsigned_ref would fix that problem. Does that address your point about distinguishing the toll road network? 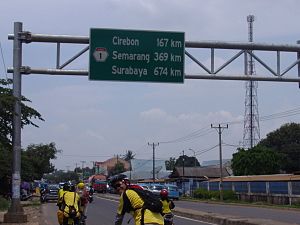 Since I usually travelled by using toll road, i dont quite know what’s really happening on the national road.

Apparently, after I searched about it, the shield logo is frequently used on national road.

Thanks for the photo; that’s very helpful. We can implement the red and white hexagon for network=ID:national based on your feedback. Maybe we should render the same shield for network=ID:toll to avoid an unsightly bare number when the relation has ref. If signs like the one above don’t appear on the toll roads, then you’d be able to suppress both the shield and number by retagging the relation with unsigned_ref.

Here’s the official shield design from the government.

The even defined the official font :

OSM Americana now shows the national road and toll road shields on the map, for the route relations that are tagged network=ID:national and network=ID:toll. 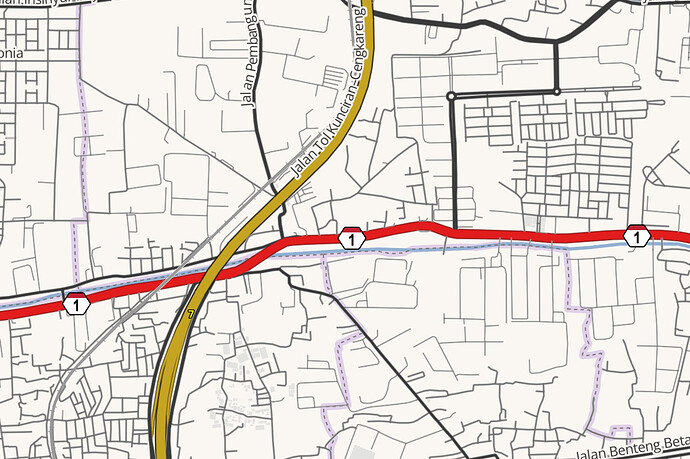 and Jalan Tol 8, which appears to be signposted with a shield: 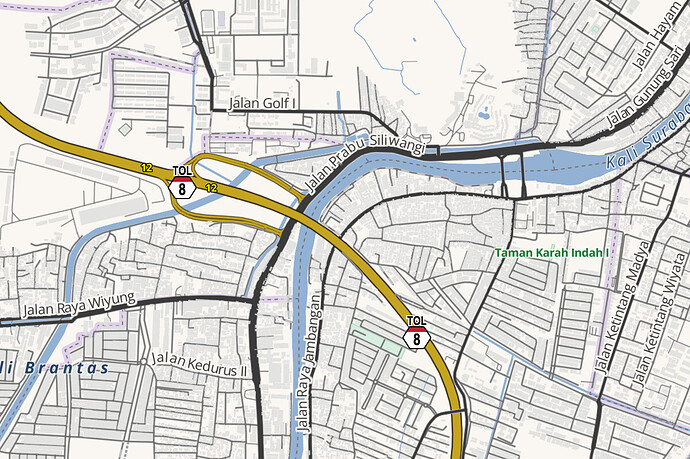 Thanks for your help in understanding the local tagging scheme and sign standards!