I’ve just been mapping some oil pipeline markers, and the wiki suggests using position to capture the indication on the marker as to whether the pipeline is to the left or right of the marker (as shown by “L” in the image) 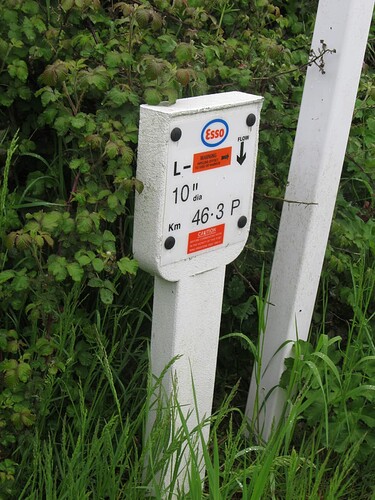 However, the values from taginfo indicate that the key is used for quite a few other things. Some of these look like use of position as a synonym for location, others such as position=green don’t immediately suggest the context.

It may be that position is too general a term, which does not adequately suggest a given context. If anyone has ideas as to how it has been used, and ways to improve the mismatch between documentation and usage, do post them below.
x