Hello, I’m a new user who has made some minor edits to the map before but nothing major.

Recently I was looking at the map around Green Bay, Wisconsin and noticed that lines of where the land ends and Lake Michigan begins are all wrong and attempted to fix them.

I found I was clearly in over my head and was unable to make then changes with the minimal experience I have. The problem is worst around the Duck Creek Delta, but there are some many lines going on there that I had trouble keeping track of everything and knowing what to do. I ended up not rendering the changes I made because I couldn’t figure out how to make the shoreline accurate.

Could I get some instructions on what to do, or perhaps a more experienced user could make the changes for me and explain what they did?

Hi there, welcome to OSM!

I took a look at the area you’re referring to and it appears to be a marshy delta. The challenging part of these kinds of areas is that depending on the aerial imagery used, marshes can appear to be completely underwater. ESRI Clarity shows the marsh extending roughly to the OSM border, whereas Bing and other sources show it as underwater. 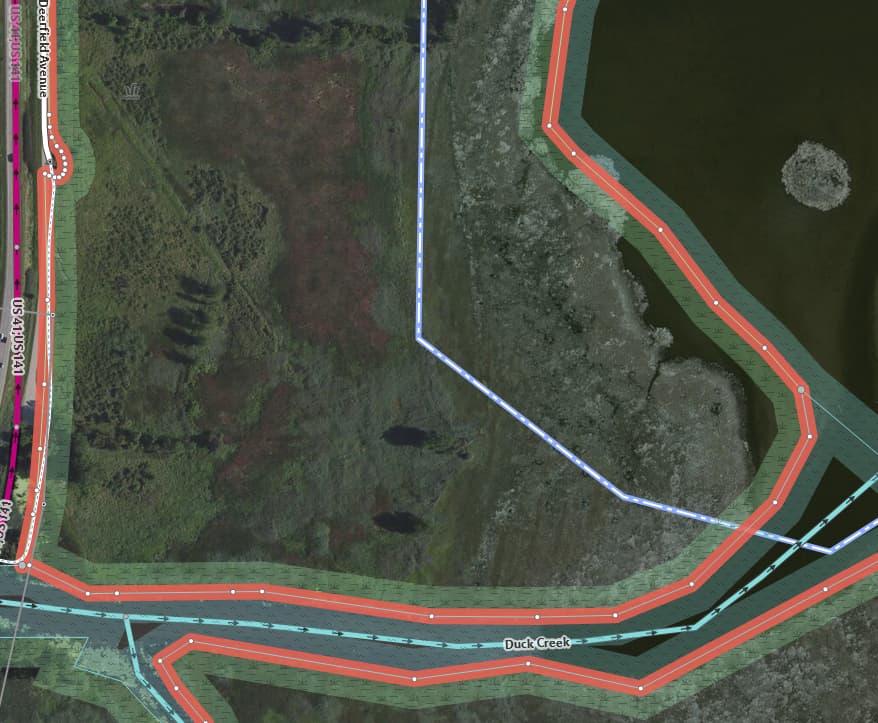 Mapping wetlands is a difficult process as seasonal variations in the level of the lake can completely change where the coastline appears to be.

The coastline is wrong for a ways west of where those wetlands end, but that seems easier to fix. Do you think this doesn’t need to be changed at all, then?

Well, take my advice with a grain of salt as I’m definitely not familiar with the area- and if on-the-ground experience shows this area as more flooded in recent years, there are grounds for updating it.

That said, before adjusting anything in this area, you might want to ask local mappers and see if a more up to date dataset is available for the established coastline. There’s a lot of protected area boundaries in this region, and those aren’t physical features, and so shouldn’t be modified along with the physical coastline. Right now it appears the tags which define the marsh boundaries are on the same objects as the nature reserves, which means to perform this task successfully, new polygons would need to be created to separate the legal boundary from the physical.

Feel free to join the OSM US Slack and ask around in there for advice.

maybe it’s also worth mentioning you don’t have to fix huge areas in one go, OpenStreetMap has an iterative approach, you can refine just a small area which you are sure about and leave the rest for later or someone else.