There are 3294 objects with surface=cement which is quite suspicious.

This is not a documented value, and cement as surface makes no sense, as cement powder is both expensive, unstable and makes for a poor surface.

I suspect that it is result of language confusion and surface=concrete (or concrete:plates or concrete:lanes) is a correct tag.

You can use overpass turbo to look for it in your area, you can also use MapRoulette to find objects.

I investigated and mostly fixed similar surface=beton (“beton” is word for concrete in multiple languages and was misused instead of surface=concrete). Here I really would appreciate help, especially as scale of use is far larger than was with surface=beton

You can help by

In Sweden we talk about “cement” and “betong” when we mean concrete (which is not a Swedish word).

fixing value if you can be sure that specific objects are wrong (maybe some languages have “cement” as word for beton, maybe as slang term? In such regions it may qualify for bot edit)

Might be a good candidate for Map Roulette challenge.

Might be a good candidate for Map Roulette challenge.

In Croatian, “cement” is technically the same what it is in English (stuff which when mixed with gravel, sand and water produces “concrete” AKA “beton” in Croatian), but I can easily see the non-technical people confusing the two (especially as the only case here was a newbie account)…

I’d guess it is the same elsewhere, especially as cement as the surface would last only until first rain, when it would start becoming concrete by curing itself after being mixed with water.

Although not exact synonyms in technical writing or speech, in everyday language ‘cement’ and ‘concrete’ are often used interchangeably. 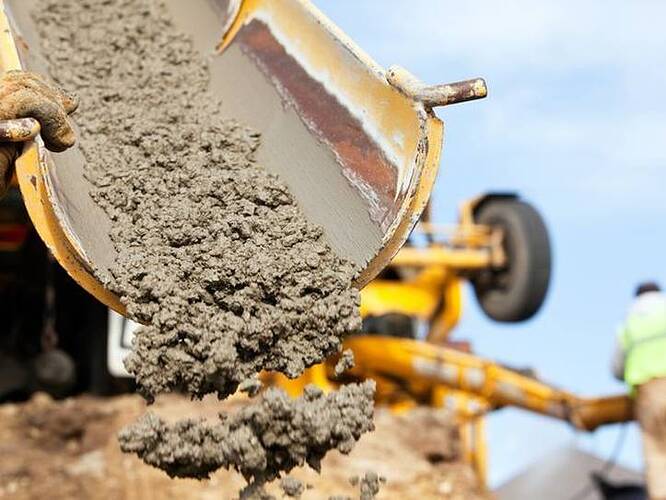 An attempt to provide solid ground

I’d say a mechanical edit changing all surface=cement to surface=concrete should be pretty safe.

Agree with @Matija_Nalis and @ezekielf … also in Germany many people with non-technical background use the term “Zement” (cement) when they talk about “Beton” (concrete). From my point of view there is nothing mysterious about that, just a mix-up of the 2 terms.

In fact there are different surfaces of materials containing cement as a major ingredient, like concrete, screed, artificial stone tiles, terrazzo etc., but for surface of roads and tracks you can simply say cement=concrete, according to my background in civil construction for many years.

For Greece cases, as I wrote in a note of yours, it’s indeed language confusion as both cement and concrete have the same translation. I keep finding ways to better understand the factual difference and how to properly tag them, and I think I found something. I will propose it to the local community to finally standardize it and release this confusion.

Most cases it should likely be surface=concrete, cement is an ingredient in concrete and they are often confused.

I have seen, but never tagged, surfaces in cement. Specially small rural roofed areas and stuff like that.
I’m not sure a mechanical edit would be a good choice.

I have seen, but never tagged, surfaces in cement

how it worked? has someone put cement powder on surface? how they protected it from turning into low-quality concrete as it got wet?

and why anyone would do this?

do you have photo by any chance of something like that?

No, I have no pictures. Those things get deteriorated over time; but that doesn’t prevent people from making them.
They just fill an hollow area with cement to make the surface, something like some sort of foundation.

As to why… you know, people might find themselves with a lot of bags of cement and just decide they’re going to use them somehow rather than letting it get humid in the basement.

Come on, nobody will create a complete road surface like that … I can imagine that someone might fill some old half-hardened cement into a pothole as a clumsy attemt to repair or to get rid of that stuff, but never a larger surface.

… how it worked? has someone put cement powder on surface? …

Imagine the mess you would create by doing so … every vehicle passing there would raise huge clouds of cement dust covering the whole vehicle after having passed this place. I would not believe it until I saw a surface like this myself.

Again, if someone might have tons of cement in access would he not rather sell it instead of pouring it onto a road surface and risking to get sued for polluting the environment?

If we’re talking about roads I agree, but nowhere is stated this tag is used only on roads.
Probably a lot of these are tagging errors, but there’s no real way to know whether all of them are.

Yes, you are right, I can imagine that someone might believe, a surface of pure fine cement without any aggregates for his new garden terrace would be a great idea (like baking a bread form pure yeast without spoiling it with flour …

), or another guy wants to get rid of some 5 tons of cement and decides to create the surface for the new parking space on his plot with these. I could imagine that for private premises but as far as I know we do not map private premises in such detail.

On public ground this would not happen imho because those people to take decisions about the surface of public roads, ways, places etc. mostly do have some basical knowledge about what they are doing. So any public area tagged as surface=cement must be either concret or screed (which is also nothing but a concrete with finer aggregates).

That’s why I once again agree to this:

I’d say a mechanical edit changing all surface=cement to surface=concrete should be pretty safe.

You’re much more experts on this matter than I am, I will not contest such decision.

Cement is cement. Not cement powder. You can have concrete covered by a thin layer of cement (cement + water, possibly + sand but without gravel). As for me, if you describe the surface of a small area, that’s OK.
Hydraulic cement (with is by far the most common) can be used in wet condition.
So against a mechanical edit, expect if restricted on roads where it couldn’t stand long. Pretty much in line with @davidoskky.

I am also in agreement with a mechanical edit here. The roads in UK are definitely concrete and not cement.

FWIW there are exactly 3 in the UK.

Italy seems to be a bit of a hotspot. Even there, I’d suggest talking to the mappers that added the tag.

I don’t know where this information is coming from but creating a surface of pure cement does not make any sense as it is more expensive than a mixturen with some aggregates and does not provide any advantage. Cement is a binding agent and not designed to be used without being mixed with some aggregates except for very special purposes like underground borehole injections.

If you mix cement powder with water (adding nothing else) you get cement paste (binding agent) which you can use to create small items like bowls or vases if you like but there are better suited materials to do so. Pouring such mixture onto a concrete surface will result in a very hard top layer with lots of cracks and easily braking.

It is perfectly correct to call all of these materials concrete whereas it would be misleading to call them cement.