What happens if let others keep sponsoring *against* OpenStreetMap? 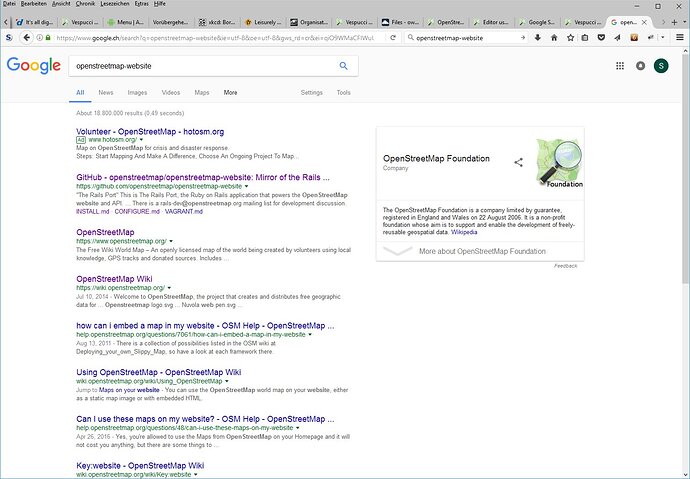 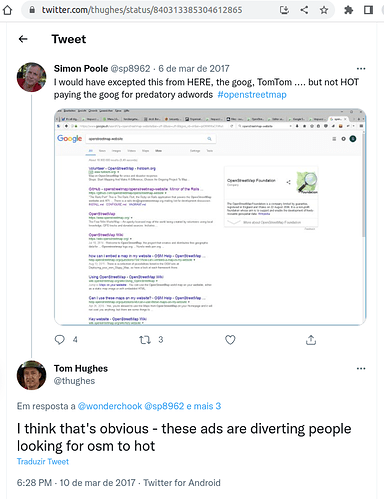 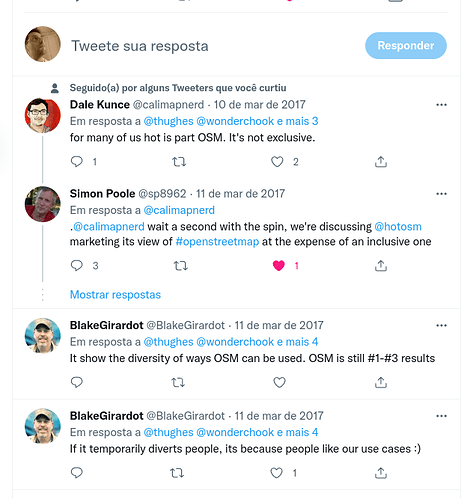 Finances (2020, around 100x difference without need to do any core function)

Of all HOT-related issues I would not focus on 5 year old hijacking with an ad.

maybe there isn’t an ad campaign right now, but the basis remains, there is a HOT US company that is using the OpenStreetMap trademark in their name. It makes it appear as if it was an official subsidiary. 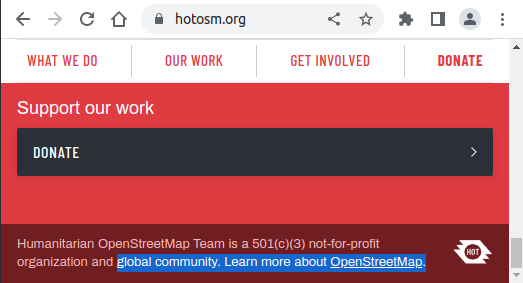 Just to make clear, the was explicitly asked to fix this issue on their site (see [OSM-talk] HOT using the OpenStreetMap-Foundation trademark) but as we can see by the screenshot, it still happening.

However, based the reply from @pedrito1414 at Clarification about comments from Community Services Associate from Humanitarian OpenStreetMap Team United States Inc about these forums - #9 by pedrito1414 (quote “We also made a commitment to do the same on our new website (due to launch in the next couple of months) to remedy the confusing footer that we currently have and this commitment still stands.”) means that this change would not happens before the OpenStreetMap Foundation election. I don’t think this waiting is a coincidence, but they very sure know something not disclosed in public.

I don’t see “locked and hidden” (maybe that’s due to Discourse’s completely impenetrable editor levels?). What I see is:

The contents of the post appears to be now at this diary entry.

Whilst I don’t particularly agree with the message that the post was trying to convey (the example given doesn’t really look like “sponsoring against OpenStreetMap” to me) I’m surprised that it was hidden in the first place, and hasn’t been restored since.

For context, the discussion following https://community.openstreetmap.org/t/clarification-about-comments-from-community-services-associate-from-humanitarian-openstreetmap-team-united-states-inc-about-these-forums/4199 has more information of the issues discussed here, and the HOT trademark issue has popped up in board minutes too.

Ah, thanks, I missed that other discussion thread, obviously. What I meant is like you said, why the initial post has been hidden, as well as, why the post as a whole has been “unlisted”, so that you would only be able to find it, if you have a direct link to it.

Typically, you would be able to see who has hidden the directory listing entry, but that information seems to be unavailable in this case (it can also be deleted, if needed). This seemed a bit unusual, hence my question.

why the post as a whole has been “unlisted”,

Interesting - a search for this thread by tag or by title as a non-logged in user doesn’t find it. A search for some other topic by title does find that, so it’s not just Discourse’s “less than optimal” search experience at work here - someone does seem to be trying to make this thread undiscoverable.

RIght, the most obvious sign of a hidden topic is this small “eye” symbol with a slash in the header line.

Why is it still hidden?

This topic was flagged as inappropriate due violations to the OSM Etiquette Guidelines and it was hidden as a result of this.

Discussions about how individuals or organizations deal with OSM are OK, creating a topic just to bring a 2017 issue with a misleading/antagonist title is not setting the right framing for a healthy conversation (and this is not the first time the poster has done this)

I’m closing this one, feel free to create new topics if you want to discuss about any topic with a constructive tone.

Since you (as HOT employee) may have a conflict of interest here, it would have been better to have one of the other moderators deal with this post. Maybe next time…

As commented in the other topic, it was not ideal for me to handle the moderation of this topic due conflict of interest concerns. I’m re-opening to allow other moderators to handle it

This thread has come to the moderators’ attention due to several flags – and, obviously, due to subsequent meta discussion resulting from inappropriate involvement of a moderator with a conflict of interest.

Moderating this is tricky because the bulk of the initial post consists of factual information. Even so, that post did not make any actionable suggestions, propose any changes, or ask any (non-rhetorical) question. Due to the way it is framed, it is unlikely to result in a productive outcome and would only serve to build negative sentiment against HOT by reminding us of something bad they did 5 years ago.

What ultimately convinced me that this thread would not result in a constructive conversation, however, is that it was was part of a pattern of multiple threads and posts by the same user on this same subject (which, at the time, was the sole subject the user had discussed on this forum). Additionally, one of these other posts had already been found to be in violation of the Etiquette Guidelines. After considering it as part of this larger posting campaign, rather than viewing it in isolation, I’ve come to the decision to close this thread.

However, I want to be clear that this should not be understood as a precedent against critical discussion of actions by HOT or other organizations from the OSM ecosystem; merely against the way this particular discussion was initiated and framed. It must be possible to have these important conversations on this forum, but I believe there are better ways to do it.