Panama has two Telegram groups relative to OSM, one is public, the other private. I created and still administer the public one, to which I keep inviting new mappers, making use of the Belgian welcoming site, and a custom alert based on a OSMcha filter. The public one does not enforce a Code of Conduct, it just asks people: try to be kind to each other. As far as I could understand, the private group is a YouthMappers friendly group.

recently, on the 15th of July, Nayreth Walachosky, a YouthMappers member, who might well be the current president of the YMUP Chapter, joined the public group, and a few days later, on the 21st of July, we were glad to receive a friendly alert by her: “Quisiera notificar a la lista de OSM talk de aquí de Panamá acerca de un proyecto” (I wish to notify the Panamanian list of OSM talk here about a project).

At the same time, the YMUP wiki page was being edited, possibly by the same Nayreth, making use of the organization account, stating “Siempre mantener informado de nuestras actividades” (always keep informed of our activities).

In the Telegram group we wrote to her that she was welcome to tell us about their activities in the group, or better on some official platform, like the Latam talk list, or on the forum dedicated to Panama, or on the wiki, and she told us that the wiki page was already in place. And that was it.

Considering that the information added to the wiki page mostly referred to old activities, did not provide much detail, did not contain links, and did not refer to future plans, in the group we asked Nayreth if she could be more specific. Seeing no answer, I wrote to her in a private message, but we’re now 10 days later and she still has not accessed Telegram after that 21st of July, so she’s not read our reactions except the first few ones.

I’m mentioning this here publicly on this official OSM site hoping that some YouthMapper will see this, and enlighten us.

I trust that I’m respecting all codes of conduct, present and future, and I’m sure that I’m being as friendly as one can be expected to be. Hopefully this will not again cost me a reprimand from the DWG.

I don’t know what to make of it. on that same 15th of July there’s been a post on the Telegram Latam group, by Marcela Centeno (I don’t know whether she’s a OSM mapper) announcing at 16:10 of a meeting starting at 16:00, “Te invitamos a conocer las actividades que realiza el capítulo Jóvenes Mapeadores de la Universidad de Panamá” (We invite you to learn about the activities carried out by the YMUP Chapter). but this was not mentioned to the Panama community, nor do I see it referred to in the Wiki page.

If I’m sure of something today, I’m sure I don’t understand what goes on here.

As said above, in a Telegram group we received a notification from the YMUP Chapter, mentioning an upcoming event they’re organizing, and failing to understand what they meant and failing to manage to have it explained there in the group, I asked on other more official platforms, that’s here, and the talk-latam mailing list.

Now on the talk-latam mailing list there was a reply, by a Non-YouthMapper (or so I assume), referring to: “problemática”, “otros líderes de la comunidad de Panamá”, “conciliación”, “árbitros”, “jueces”, and “ante estas situaciones”.

I don’t know where is this “such situation” begging for “intermediators and judges”. Also the formulation “other leaders of the Panamanian Community” suggests that there be such a thing as a Panamanian Community, and maybe even that I pretend to be considered as one of its leaders.

As I meant it, I’m just a global mapper temporarily in this place, caring about the OSM database, inquiring what project did Nayreth Walachosky want to announce? Nothing more, nothing less.

Best regards, and see you on the Database.

Hi everyone, especially Mr @mariotomo. I hope they are very well.

I write in Spanish since it is the language I speak and I have used the translator to be able to support me with English (I will leave the same information below in English with the help of the translator). The chapter of Young Mappers of the University of Panama carries out various activities where, one of them is to be able to contribute to OSM. Our commitment as mappers, as well as the commitment of each one in the community, is to be able to contribute and that organizations in times of disasters or in need of data have access to this information.
We have not seen these messages before, today I received the thread that hosted this other thread. But I thank Mr Frasca for sharing it. Perhaps our ignorance by not knowing a little about the platforms they manage has made us slow to respond, but we are working on it. I would also like to respond to what is mentioned here. Currently the president of the Panamanian Chapter is Nayreth who, as Mr. Frasca mentions, is in the Telegram group. The activity related to the comment: “We recommend you to learn about the activities carried out by the Young Mappers chapter of the University of Panama” is called cafesito with Youth Mappers. This event is to share all kinds of project information and I must emphasize that we not only work OSM. In this little cafe we ​​discuss present and future projects. We support organizations to map areas of interest, support them in learning about various mapping tools, etc. One of the projects that I will comment on in the other thread (since this is discussed there) It is the only one that has to do with OSM. I don’t see why it should be explained about the other projects that are not related to OSM, although we do not consider that it should be hidden and if repeated, we will gladly invite you through the group. Mariela made the invitation in its moment according to what I have read and the visual that I also received.
We appreciate the cordiality of each one of the members of the community, we want to continue learning from you and continue contributing to the Panama database and more with all the hurricanes that are still coming and we don’t know how much they will affect us and the floods that are already there . We know that there are many comments about the Chapter but, as far as possible we have solved and worked to be better and we are open to your support as we have commented.
I want to emphasize again that the Chapter does not only make editions in OSM and what we invite may or may not be related. I will comment a little more about the Mapathon that we carried out in this thread: How do YouthMappers teachOSM?

This seems to be about organized editing campaign by Young Mappers of the University of Panama on OpenStreetMap.

It is recommended that organized editing activities be documented on the OSM Wiki according to: Organised Editing Guidelines - OpenStreetMap Foundation, but we were unable to find one properly filed for “Young Mappers of the University of Panama” as described in that document.

Could you please follow the instructions in the link above, and create wiki page for your organized activity (or activities) under Organised Editing/Activities - OpenStreetMap Wiki? That would be much appreciated.

@Marianne_pty Yes, you should create “Organized Activity wiki” for your currently running activity too.

For the future activities, please do it at least two weeks (or preferably more) before the activity is started, so people can see it (and react if needed) on time. Thanks!

you should create “Organized Activity wiki” for your currently running activity

maybe the parent organization can provide help, possibly in the form of a template? @notoncebut2x?

@Marianne_pty, @Nwalachosky18, what your team wrote the 30th of September on your wiki page holds too little information compared to what is generally considered sufficient. in particular: no time frame, no contact person.

@Marianne_pty, you might also consider reconstructing the history of your chapter’s activities, as I’ve done in my diary page. it would be some sort of curriculum for the chapter.

also relevant, making sure your members identify as such. as of now, my comment in that diary page is still valid “Further membership can only be inferred based on early participation to the mapathons and HOT projects”, while the DWG wrote to the few identifiable members “The most important bit here is that every single member of your team is recognizable as being in our team (e.g. by writing something on the user profile page) and that the team leadership is reachable for us.” 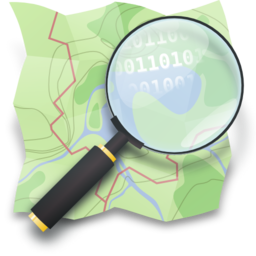 @Matija_Nalis, of course. We will work on the wiki. I happened to read his recommendations and those of Mr. Frasca; links, etc to see what we needed.

Have you managed to create wiki page under Organised Editing/Activities - OpenStreetMap Wiki ? Can I perhaps help if you’re having technical issues working with Mediawiki (alas, I can’t help with organizational issues / information gathering as I’m not involved with your group)?

December 3, 2022 has passed, but it still seems to be at 0% validation (although the graph seems to be only updating once every 20 or so days); can you @Marianne_pty provide updates on that?

Have you managed to create wiki page

@Marianne_pty, a hint given to your group some time ago, related to writing in the wiki: please consider having each of your wiki editors create a personal account, instead of your current practice to share one account for the whole group.